The video is one of the most important things you have to have on your Kickstarter page. Projects with videos are 85% more likely to achieve their funding goal, because a video is a great way for your potential backers to get a clue what your project is all about before they read the details in your text. And here are a few things you might want to remember when launching your game.

Creating a dedicated Youtube channel and uploading the video there is the way to go. You can link the video from there and meanwhile you can get subscribers that may convert into fans and potential backers. Also, everyone prefers YouTube anyway – it’s just easier to watch and share.

You might think you’re not photogenic, that you don’t look great on video, that your voice sounds weird but that’s a problem pretty much everyone has. It’s great to show some game content in your video, but your potential backers want to see you. They are often backing your project just as much as they are backing you, so show yourself, smile, say a few words and convince the viewers that you’re trustworthy and that you know what you’re doing. Be genuine, be excited, be yourself.

On the other hand… you may skip the part where you show your face and speak. If your English is really bad, with a strong accent, and/or if you feel really bad in front of a camera, just use a voice over, or maybe use a simple animation with art from your game – let one of your characters speak your words instead of you. 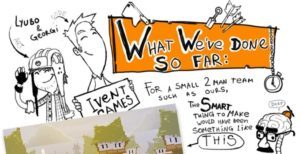 For example, the creators of “Strength of the Sword” think that a good video doesn’t need faces and that people just want to see your product. However, they think it’s a good idea to show your face in some art form, for example in the spirit of the game’s artwork. 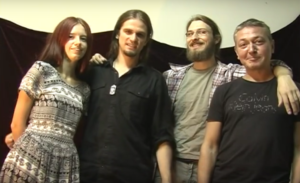 Тhe creators of “Bright Future” disagree, though. They believe that showing your face has an emotional effect because people can see who you are and are more likely to trust you.

The best way to create a video is to split it into 30-second segments. 30 second of game footage, 30 seconds of you on camera, 30 seconds of this and that – don’t spend too much time on one thing. Simple as that. Tell the people who you are, what the story behind the project is, and why it’s worth backing. Explain why you need the money and what you’ll do with it. Again – don’t go over 30 seconds on each topic.

This series of guides has been telling you to take your time for everything – don’t rush anything if you want to succeed. But that doesn’t mean you can upload a 12-minute Kickstarter video. People will feel tired just by seeing its duration and leave it for good. This may also happen if they don’t find it interesting in the first seconds. So be snappy and try to hook the viewer in the first seconds of your video. Start with a bang and make the viewer interested in the content. If you start slowly and nothing is going on in the first 8-10 seconds – you’re doing something wrong.

Script writing isn’t as easy as it sounds but you need to have a script if you want your video to be concise. Write a script and edit it as many times as you need in order to remove every piece of non-essential information from it. Empty words are your biggest enemy in this case. Creating a storyboard is a part of creating a script and it will help you organize a lot better. Consider every detail, rehearse, and take your time to prepare accordingly for your video shoot. Don’t expect it to be great from the first shoot – it might take awhile to get the perfect video.

You can pay a lot of money on your video, and you can pay nothing at all. A great, spectacular video is always better but if you can’t squeeze a big budget, and especially if you’re starting from scratch – you better consider a cheap option. 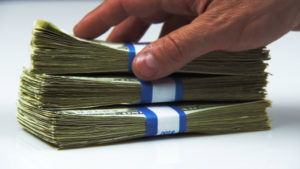 For example, Julian Gollop from “Chaos Reborn” flies to UK where a fan of his previous work offers his help. The whole video costs about €1000 and he uses mockups instead of real gameplay because the game wasn’t ready yet. For comparison, “Strength of the Sword” creators spend about €1500-2500 for the video, and the creators of “Wolfed” spend about $250-300 for a video, $200 of which went for a voice. They wanted to use a specific voice, though – Lani Minella’s from Starcraft II (as Slivan), Darksiders (as Silitha and Tiamat), and many other games. This example shows that opportunities are everywhere and sometimes people are just way too cool – the guys just contacted Lani and she agreed to provide her voice for a very fair price.

In the end, it’s great to get everything for free (you can absolutely try and do that) but sometimes the end result looks as cheap as it actually is. Don’t compromise with quality. Better spend $20 for a nice music that goes with the video, instead of trying to record it yourself with your old guitar. 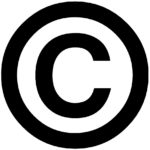 You might think that showing your laptop’s logo in your video is okay but that way you it might be violating copyright law without even knowing it. If there’s some music playing in the background – it might also be protected by copyright law. No, you can’t use “(I Can’t Get No) Satisfaction” by The Rolling Stones for free. Find some royalty-free content to keep it all legal. Hide brand logos from your equipment and even from your clothes. Better yet – don’t wear clothes with visible brand logos.

End your video by showing all the great rewards for your backers and make the viewers want them by showing high quality photos of your great rewards. Thank everyone for the attention, ask them politely to share your campaign with everyone that might be interested, and end the video.

Maybe it goes without saying but we got to say it anyway – watch your video before you upload it. You might be excited, tired, and eager to get to the end of this long process, but always take some time to watch the details. Watch the video once just to see what happens in the background because there might be something you haven’t noticed – like there’s an open browser behind you and of the tabs shows something really embarrassing. You don’t want something like that to be the center of attention of your video, right?