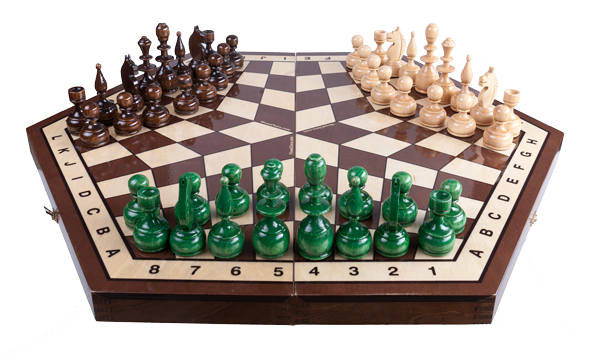 Bulgarian chess for three "ThreeChess" challenges both amateurs and grandmasters to prove their skills in a 33-day pre-launch campaign for the new physical version of their game.

The online platform created by the Bulgarian team is the world's first for three-man chess - a game that has existed for a century and a half but is only now gaining popularity.

Through the online version of the game, the chess enthusiasts have the opportunity to earn huge discounts off the upcoming physical edition.

"ThreeChess" was created by a few chess lovers, who in 2010 released the world's first virtual chess for three. It's available now in ThreeChess.com and features a highly developed artificial intelligence. 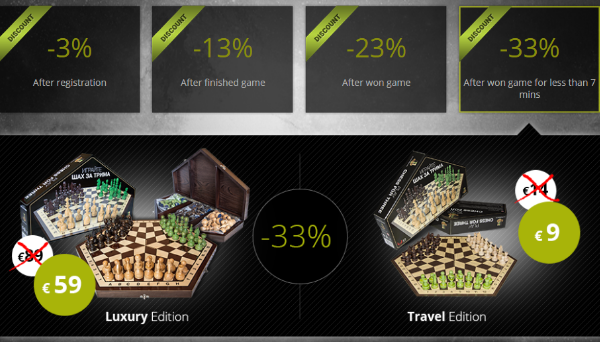 The discounts that everyone can win in the next 33 days will be given in four different ways. A 3% discount requires only a registration on the site. A discount of 13% requires a completed online game, 23% - a game won, and 33% - victory in less than 7 minutes.

The discounts can be used when ordering any of the two physical versions - for the big deluxe edition and for the smaller portable edition.

"The game has many fans around the world, but we just don't think it's popular enough yet. We believe that the new version will make more people aware of chess for three."- said Stanislav Popov, one of the creators of "ThreeChess".

Chess for three, unlike traditional chess, is played on a hexagonal board containing 96 squares of alternating colours, using white, black, and green pieces. The whites move first, then the greens, and finally - the black pieces. Only one of the players can be the winner in the end.

The aim of the game is the capture of the enemy king. When a king is in danger, a "check" is declared, while in "checkmate" the king is in almost hopeless position. If the player is in the checkmate position, he loses his turn and if somehow his king gets released, the game continues. The winner is the one who first captures an enemy king.

Three-player chess is mentioned for the first time in some form in the book "History of Chess" by H.J.R. Murray. He cited von Möllendorf who wrote an article in German, titled "Schachspiel der Chinesen", in 1876. A century later, in 1972, Robert Zubrin create the so-called chess for three and began to distribute it in the US. At the same time, the game began gaining popularity in Europe.